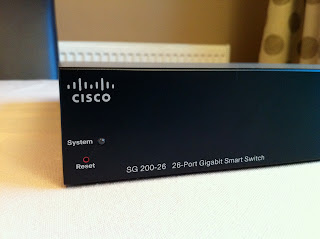 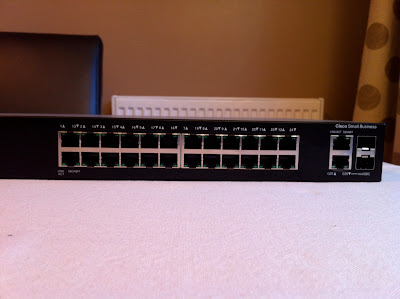 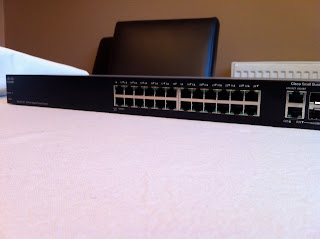 Thanks for an thorough review :-) Just ordered one myself, after readig several good reviews, inc. yours!
Bent, Norway

Thanks for the feedback Bent. Hope you enjoy the switch!

awesome review, just ordered one to replace my DEll 5224 :)

Thanks for the review. I am going for it.

Thanks for the great review. My SG200-18 is now on its way to Hawaii from Amazon.

Thank you so much for the review! I bought two of them but im having trouble setting up VLANs for a new VMware VSA cluster. Could you please let me know how to configure the ESXi ports in order to achieve this?

I also asked at cisco forums but no response yet:
https://supportforums.cisco.com/thread/2151967

thanks again for the great review!

It should be fairly straightforward to setup the switches for the VSA as per your linked diagram. The switch ports that connect to the ESXi hosts need to be Trunk ports. You can check this by selecting VLAN Management > Interface Settings.

Once this is confirmed, you need to ensure that the VLANs you want to pass through are allowed. You can see this by selecting VLAN Management > Port VLAN Membership. You want the ESXi port to have the VLAN number with a "T" after it under the Operational VLAN column.

For example, on a port that is plugged into my ESXi server, the Operational VLAN column has "1UP,2T,3T". This means that traffic for VLAN1 is Untagged and it's a Private VLAN, but more usefully, VLAN2 and VLAN3 are tagged. I used VLAN2 and VLAN3 for SAN/NAS and vMotion traffic. This configuration works for me...

Thanks for the info! I managed to get it working with your advice. my problem was that when the VSA installer was automatically adding the second vnic for the management network, the host automatically would become unreachable. very strange!

do you think I should try a couple of LAGs for the storage replication?

and last question (I promise), would you recommend any way to monitor the switch key metrics like its cpu load and memory load, given that cisco has disabled snmp? (thanks, cisco!!)

Thanks for the info! I managed to get it working with your advice. my problem was that when the VSA installer was automatically adding/configuring the second vmnic for the management network, the host automatically would become unreachable. very strange! i had a ping -t window open for each of my two hosts, and was monitoring the status while vsa installer was running. when it enabled the vmnic3, i would lose connectivity. exact same behavior for both of my proliant hosts!

guess what i did. i had my ilo open at the same time, and i manually disabled the vmnic3 on both hosts, right when i noticed it was losing the connectivity with my vcenter. (of course my sg200 switch ports in both cases were identically configured)

do you think I should try a couple of LAGs for the storage replication, or too heavy use for the sg200?

and last question (I promise), would you recommend any way to monitor the switches key metrics like its cpu load and memory load, given that cisco has disabled snmp? (thanks, cisco!!)

great review ... bought one of those, but I do experience an issue:

- My network is mixed environment of Windows and Mac workstations.

All of my Windows (IBM/HP hardware) machines plus network printers are working fine.

However, whenever I plug ANY of my MacMinis (OS X Lion and Mountain Lion), it looks like there is no connection with a switch. None of the switch leds are lit. In Mac Network Setup window, it appears as 'network cable disconnected'

When I plug those same MacMinis (using same cables) to second DLink switch, it's all working fine!

Hey just wanted to let you know that as of now, the SG200 support SNMP and RMON History, so that's great! You can configure events, alarms, etc..