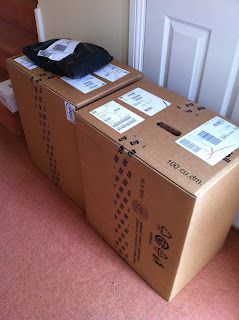 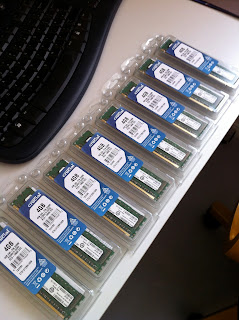 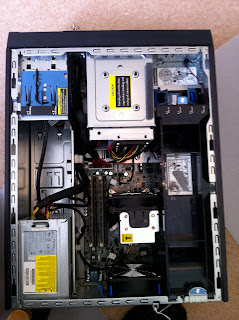 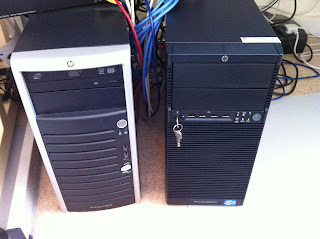 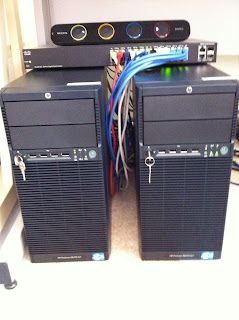 Very pretty and nice cabling. Do you leave these running all the time? If so any ideas on the power consumption and is that something you consider?

This is exactly what I want to setup.

How are you finding the setup? Is everything working ok?

Would be really good to hear from you.

Oh, and just wondering how much your RAM set you back?

Thanks for the comments.

The ML110G7 is more powerful than the NL40s (mine are quad core vs the low power dual core in the Microserver). The setup is good, although ESXi does seem to cause one of the fans inside to spin up more than I'd like. Something for me to dig into at some point. I've got a couple of N36L Microservers which are part of the lab as well and run the vCenter Server, my NexentaStor SAN/NAS appliance, Domain Controllers and DNS servers. I keep the Microservers on all the time because they are very quiet and don't use much power, but shutdown the ML110G7's when not using them.

I haven't measured the power consumption of the ML110G7 and I don't keep them on all the time. I have two Microservers that are always on, but I believe they only consume about 40W each.

Hi Matt,
I'm interesting in something like this on my home. I have a hp ml110 g7.
I wil be using the diagram http://www.gliffy.com/go/publish/image/5292734/L.png
What do you think for my network diagram?
Thank you